There are many scenic locations along the Northern California coast. One of the most picturesque happens to be an ideal fly-in destination, weather permitting: Half Moon Bay (KHAF). It’s not only a great spot for a hundred-and-something-dollar lunch, but also provides opportunities for a spectacular aerial tour of San Francisco Bay on your way in or out… 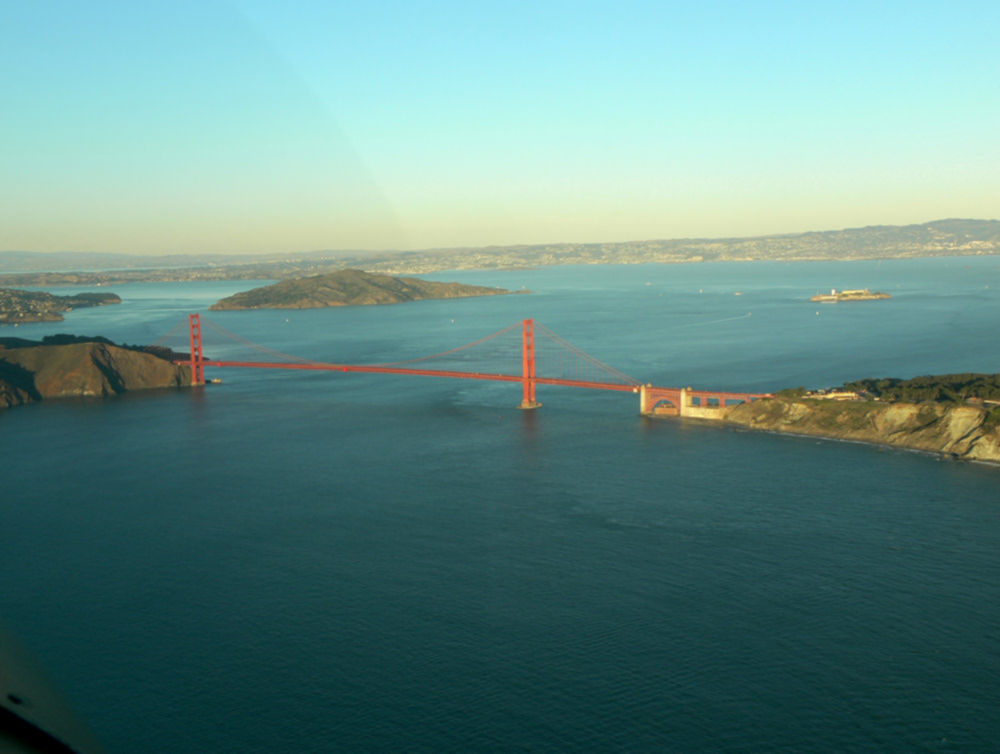 That’s a direct result of KHAF’s location, just nine nm southwest of San Francisco International Airport (KSFO)—and that in turn means that getting into (and out of) KHAF requires navigating either around or through San Francisco’s Class B airspace.

Unless you’re prepared to file IFR or wait for a Class B clearance, you’ll approach KHAF along the coast from either the northwest or southeast. We arrived from the southeast (by way of Monterey Bay and the Año Nuevo State Preserve—staying above 2,000 MSL as requested on the sectional chart).

KHAF is a Unicom field, so there’s no tower. I highly recommend consulting Flight Guide (published by Airguide Publications, Inc.) or the FAA’s Airport/Facilities Directory as well as a current terminal area chart before you arrive, as it’s apt
to be a very busy place on nice days.

While the calm-wind runway is 12, the wind favored 30 on the day we arrived, and that’s what was being used by at least five other airplanes in the pattern. We followed Flight Guide’s recommendation and maintained 1,500 feet to cross midfield, and flew north to descend into a 45 for a left downind. There are noise-sensitive areas pretty much surrounding the field on the landward side—including a hospital—so excess power and low flight are not a good idea.

You may wonder (as I did) about the large antenna and radar domes just a bit west of the approach end to Runway 30. They’re all part of a large satellite earth station owned by Globe Wireless, which provides communications services primarily to maritime users. 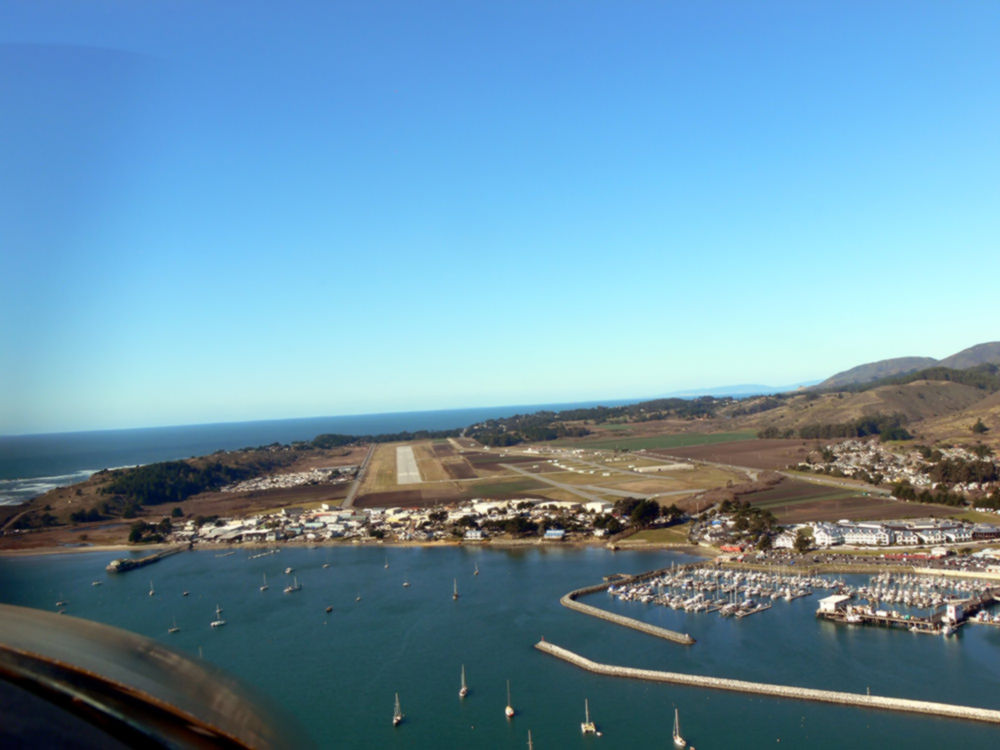 On arrival, you have a few choices for a bite to eat: Three-Zero Café in the terminal building has a great reputation, but closes at 2:00 p.m. If you arrive late (as we did), taxi to the tiedowns at the extreme southeast end of the field and you can walk through a gate and immediately find yourself in the town of Princeton, which seems to have at least one bar and grill in each block. Do not turn right as you walk out of the gate—that will take you into an industrial area. Just continue straight ahead, and you’ll walk past the first few restaurants and find yourself in a park with a view of the bay and marina.

Princeton (actually, Princeton-by-the-Sea) is the launching point for the annual Mavericks Surf Contest. There are numerous restaurants, brewpubs and shops in walking distance. We ate at Mezzaluna Italian, which was a change from the typical airport hamburger and had a much shorter line than Crab Landing or Barbara’s Fish Trap, further up the street.

If you’re staying overnight, Flight Guide lists six hotels and bed-and-breakfast inns in the immediate vicinity. The closest place to rent a car appears to be Enterprise in Half Moon Bay proper, about four miles southeast of the airport. Call ahead and they can bring a car to meet you.

On departure, we could have reversed our route to the south—but I opted for a Bay Tour, departing straight out, following the coastline to Point San Pedro, and paying close attention to our position as displayed by ForeFlight on my iPad, which offered a current Terminal Chart display. That made it easy to identify the boundaries of Class B airspace. Staying below 1,500 feet and over the water keeps you legal until you pass the 290 radial of SFO VOR, at which point you can climb to 2,000 feet.

Continue to follow the coast and you’ll be rewarded by spectacular views of the city of San Francisco and the Golden Gate Bridge. We opted to turn right across from Point Bonita and flew over the southern end of the bridge, then passed Alcatraz and Treasure Island before turning a slight left over Richmond and eventually overflew what’s left of the naval reserve “Mothball Fleet” in Suisan Bay before turning for home. Our total flying time was 2.4 hours, and I had no complaints at all from my passengers.

Despite what you may have heard, NorCal approach can be quite accommodating on trips like this—I called them on VHF comm 135.1 after getting clear of the KHAF pattern and was immediately given flight following. While I’d planned my route—and monitored my position both on my iPad and the Garmin GNS 530 in our panel—to stay clear of Class B airspace, once we passed the Golden Gate Bridge we were asked what altitude we’d like, and were given a Class B clearance to climb at our discretion.

Poor weather is the only downside I can think of to Half Moon Bay as a fly-in destination; it is frequently fogged in. There is an RNAV (GPS) approach, but flying to a scenic destination on a gray foggy day sort of misses the point, in my opinion. So get a weather briefing before you go! –JDR

John D. Ruley is an instrument-rated pilot, freelance writer, and recent graduate of the University of North Dakota Space Studies graduate program (space.edu). He is a volunteer pilot with www.ligainternational.org, which operates medical missions in northwest Mexico. He is also a member of the board of directors of Mission Doctors Association (www.missiondoctors.org). Send questions or comments to editor@piperflyer.org.

You can’t use the Hearst Castle airport, but you can fly to Cambria By Steve Ells The Paso Robles Municipal Airport (KPRB) is friendly, capable an ... Keep Reading

Destination: Half Moon B...

There are many scenic locations along the Northern California coast. One of the most picturesque happens to be an ideal fly-in destination, weather pe ... Keep Reading

The simple life can be found in Lompoc, Calif. in July. By Steve Ells It doesn’t matter is you’re an absolute airplane nut who has flown the faste ... Keep Reading

It’s a cool Saturday in March when we arrive in Cambria, Calif. for a weekend visit. We are greeted warmly at the front desk of the Cambria Pines Lodg ... Keep Reading